The greenhouses at Laeken are open for 3 weekends only in May and the monies raised go to charity.  The third weekend is for disabled people only.
Built between 1874 and 1905 by King Leopold 2nd, who had a special love of plants and flowers.
The Winter Garden Dome, 25.6 m high is supported by 36 pillars, constructed between 1874—76,
it required 651.5 tons of steel. 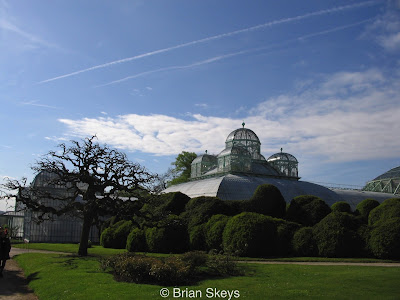 There is a Palm greenhouse built between 1892—95 and a Congo greenhouse.  The King was fascinated by the mystery of Central Africa with its exotic fauna and flora and its wealth of ivory, copper, rubber and tropical hardwoods.
By the time of Leopold's death the royal greenhouses were the largest and housed the most remarkable private botanical garden in the world.
The Belgian Congo was transferred from being a royal possession to a Belgian colony in 1908 and remained so until 1960. 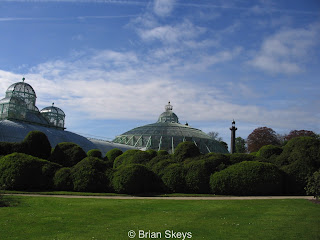 One of the plants that caught our eye was Medinilla Magnifica, seen here inside the Embarcardair
greenhouse... 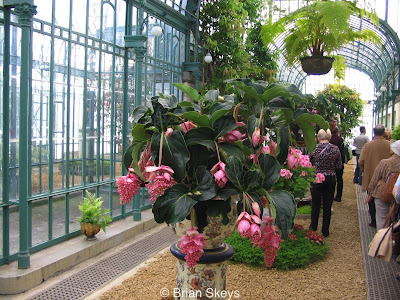 ...it is a tropical plant from the forests of Java and the Philippines, the large ones in the greenhouses are more than 30 years old. 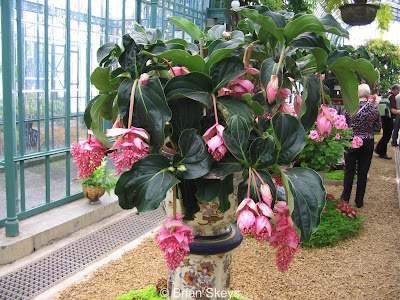 The Chinese vases were brought back from the Far East around 1860 by Leopold 2nd. 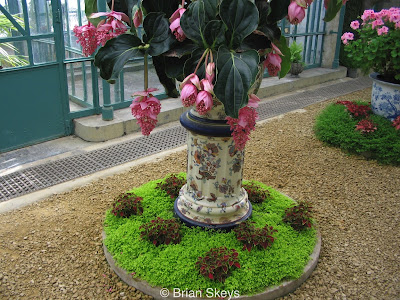 We had not visited a Garden Centre since well before the Christmas madness.
Tempted by a 2 for 1 breakfast offer and a voucher of £1.81 (I know, I am easily led!) and telling myself it was too wet to do anything in the garden, we enjoyed a very good breakfast.  The  restaurant was packed and everyone appeared to have the breakfast voucher.
While needing nothing much for the garden? we went in separate directions, me to look for seed potatoes and bird food, Irene to the deli and to admire the orchids where she found...
Medinilla Magnifica plants for sale, well...

one had to come home and take pride of place in the corner of the dinning room. 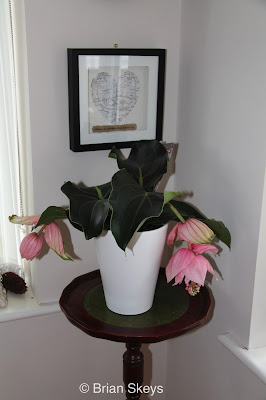 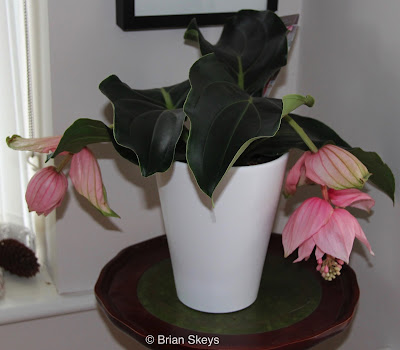 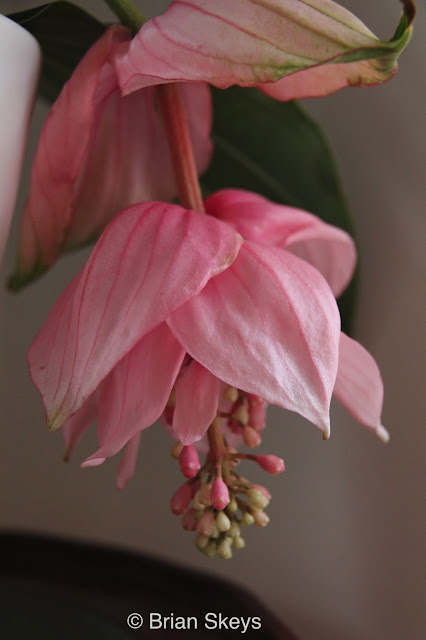 I know some of my fellow bloggers have taken the pledge not to purchase any plants this year,
not something I could do!
Have you been tempted?

Please click on any picture to create a slide show.

I have a slide show presentation based on our visit to Belgium.
Posted by Brian Skeys at 17:20