The tree following meme hosted this year by Pat at 'The Squirrel Basket' is followed by bloggers from around the world. I am joining in again this year by following a Malus domestica 'Worcester Pearmain', growing in our community orchard. 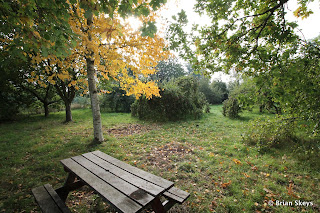 The Worcester Pearmain was developed by a Mr Hale from Swanpool, Worcester. Swan pool is an area in St Johns, Worcester.


It is a tip bearing tree, carrying the fruit on the end of stems rather than spur bearing, this has to be taken into consideration when pruning. 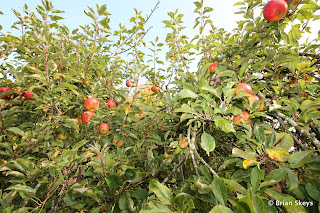 It is partially self fertile bearing heavy crops of sweet, strawberry flavoured fruit with only short keeping quality and it can also be cooked. 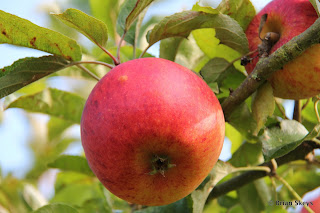 I visited the orchard, in October, on fruit picking day and took some photographs.
These pictures, above and below,  are of the Worcester tree and fruit. 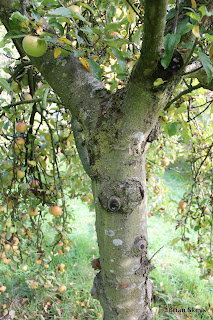 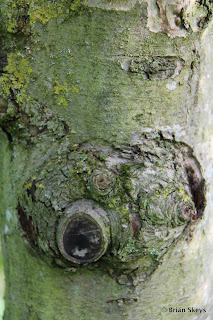 The history of the Community Orchard was written by Hanley Swan resident, Val Fare, and is printed on the apple juice labels.  I have copied it here for you:

" In 1982 John and Vera bought a field near their home in Hanley Swan. The previous owner took his horse elsewhere and John and Vera planted strawberries. As they didn't believe in artificial pesticides or fertilisers they lost out to slugs and birds.
So in 1983 they planted an orchard, mainly apples, mainly old varieties such as Ashmeads Kernel, Ribston Pippin, Egremont Russet, Peasegood Nonsuch, Allington Pippin and Kidd’s Orange Red.
The orchard thrived,  the trees grew as did the primroses, violets, ox daises and wild orchids and John and Vera ate or gave away the apples.
In 2002 John died but Vera carried on tending the orchard until 2013 when, in her late 80s, she could neither digest the apples nor scamper up the ladder to pick the huge crop. She could not bear the waste. What was to be done…
Neighbours in Hanley Swan heard of Vera’s dilemma and one sunny morning that October villagers of all ages met to pick her apples, more than half a ton. They were pressed and bottled at Clives Fruit Farm nearby, labelled by volunteers and all sold within six weeks.
At Vera’s instigation we are making her orchard a community orchard, benefitting the whole community in the Hanleys and apple juice lovers everywhere.
The juice from the 2014 crop of our apples also sold out. And our villagers so liked the concept of our orchard that this year, 2015 many of them have donated their apples to make another juice from the little orchards of the Hanleys and their environs. So now we have a sister juice also available.
All profits from both juices go to the upkeep of our community orchard." 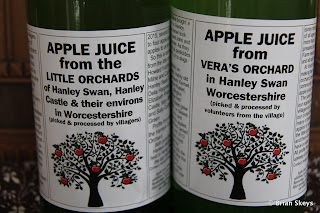 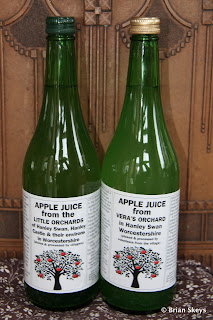 The previous day we had picked the apples from 'The Little Orchards'.


I will leave you with some of the pictures taken at Vera's Orchard on picking day.

The Worcester laden with fruit. 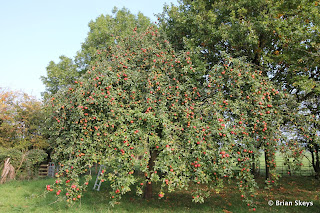 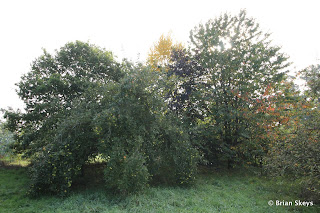 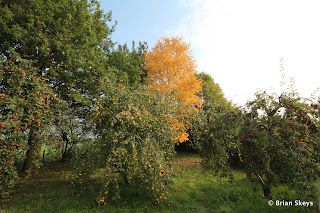 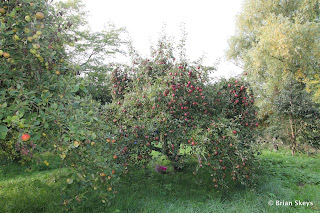 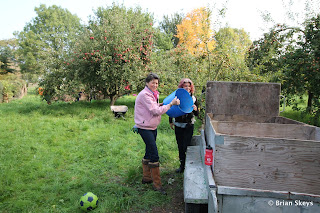 The first of many...

I will be visiting the orchard during the year to record and publish the changes throughout the seasons.

To see what trees other bloggers from around the world are following please visit 'The Squirrel basket': Here

Please click on any picture to create a slide show.
Posted by Brian Skeys at 11:40